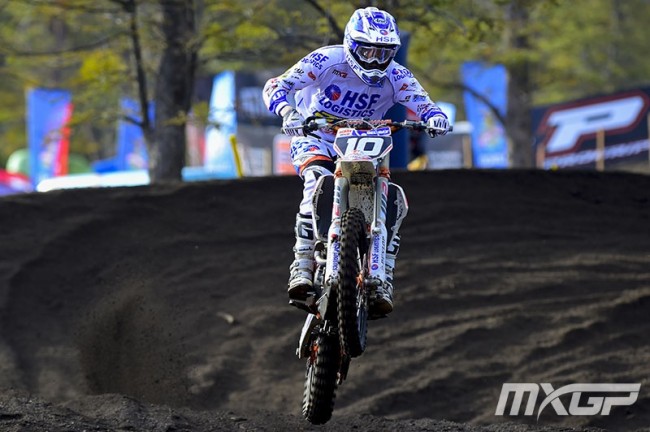 Calvin Vlaanderen suffered from a big crash in France and it’s now been revealed that he will miss the next two GP’s at Matterley Basin and Mantova. Calvin has a shoulder injury and will need a few weeks rest before he can return to the GP’s.

His team mate, Robert Justs is also a doubt for the GP this weekend. This means that Brian Bogers could be the only rider in MX2 for the HSK Logistics KTM. However, they have young Dutch kid, Max Engelen in the EMX250 championship.

Calvin give us the following update on his injury “Disappointed to tell you guys that I will not be racing the next 2 GPs in England and Italy. We found out that I have fractured the tip of my scapular by my shoulderblade and it needs a few weeks rest. Thanks to everyone who is there for me in these tough times”