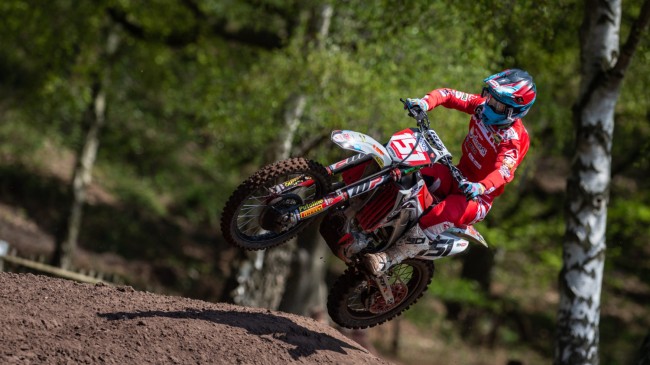 Cab Screens Deos Group Racing are very sad to announce, that Harri Kullas will not be racing at round 5 of the Maxxis British Championship in Desertmartin. Harri sustained a cracked shoulder in a mountain bike accident whilst training and will not be fit enough to ride this weekend.

It’s devastating news for Harri and the team as he lies 5th in the Maxxis Series, only a handful of points behind fellow Estoniain, Gert Krestinov, in 3rd.

Lee Webber “It was really tough to get the call from Harri. With four rounds remaining there was still a lot of points to play for. I’m gutted for the whole team and sponsors – the Maxxis British championship has been a real up and down season for us. Our goal now is to get Harri fit for The Michelin MX Nationals and make sure we retain the lead in that championship”