IceOne Husqvarna race truck: All you need to know 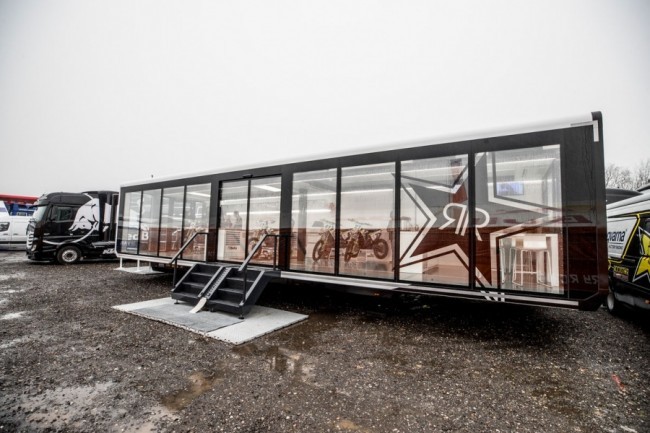 Structure, professionalism and high-tech appearance. These are key words that characterise the Rockstar Energy Husqvarna IceOne team of F1 legend Kimi Raikkonen. This season, the Finnish-Belgian formation is once again setting the course. After all, in Matterley Basin, the team of Pauls Jonass and Arminas Jasikonis presented an impressive new race truck!

An aquarium for one, a super clean racing lab for the other. You can argue about flavors, but the appearance of their new mobile workshop was never what it was all about for IceOne. The Iveco Gregoor tractor and the van next to the extendable trailer look familiar, yet this setup is a lot more compact than before. 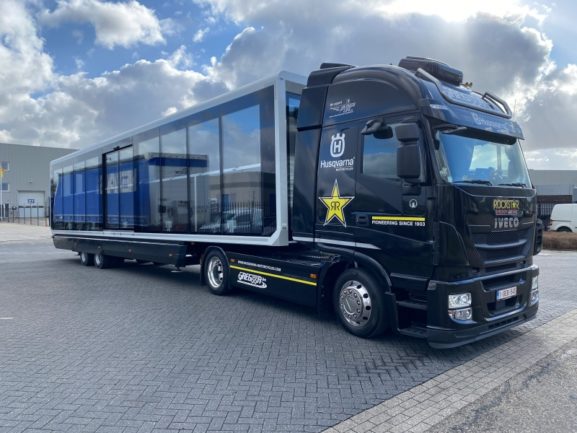 Compared to the old structure of two trailers, the new layout is quite tight for two drivers and a small hospitality area. “It is much more compact and we even have to find a bit of a new way of working,” explains team manager Antti Pyrhonen. But for the overseas races we have workspaces of about ten by five meters for two riders. We can do our work there, so why not here? ”

In the MotoGP and Superbike paddocks, comparable extendable setups have been found before. However, Pyrhonen did not suddenly discuss the development of this project overnight. “We tried to find a way to keep the infrastructure at the same or even higher level, but to gain man hours,” the Finn noted. “The MXGP calendar is long and with many overseas races which forced us to think about how to save time as a team. Previously, we had the entire racing staff on site for a GP on Thursday morning. That was necessary to build everything in one day. While our focus is actually on the real work in the workshop in Lommel, or during the training and tests with the riders. ”


The EO Expandable Trailer on which the Rockstar Husky MXGP mobile workshop is based is 13.6m long and has a floor space of 62 square meters. Especially the time to draft, convinced the team. At the push of a button, the truck driver ensures that the high-tech trailer is ready for use in twenty to thirty minutes. Thanks to the built-in hydraulics. Taking into account the travel days won by the mechanics, the profit is enormous. “I have calculated that in this way we will gain forty-five to fifty ‘man-days’, which we can invest back in the work in the workshop,” says Antti.

For the realization of this technological tour de force, Pyrhonen knocked on the door of the Dutch Expandable Trailers. The innovative trailer builder from Eersel, founded in 2015, is a spin-off from trailer rental specialist Becx Verhuur. Owner Michiel Becx also has a heart for motorsport. With Becx Competition he became 16th in the Dakar in January. Although in the truck rankings, but also with Iveco. In his case the Trakker! Despite Expandable’s experience, it was a race against time to get everything ready in time for the first MXGP. 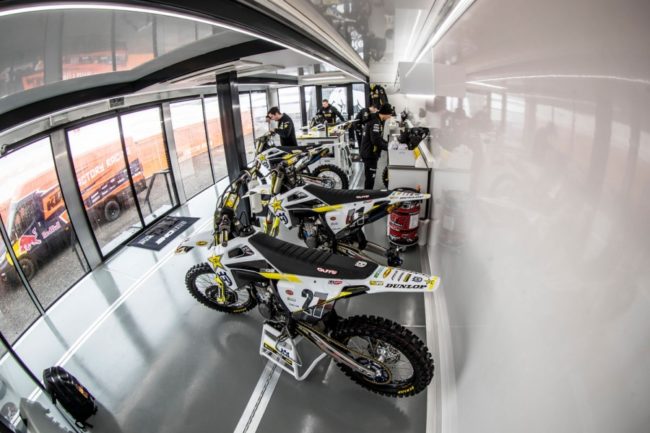 “I started quite late last fall, I must say. That brought us quite close to our deadline, ”explains Antti. “It was 80% ready for the first GPs. Due to the break in the calendar after Valkenswaard, we were able to finish everything. ” The clinical, white appearance of the new IceOne trailer is a great contrast to the muddy conditions during many races. In other words, as in Matterley Basin and Valkenswaard. “It’s still motocross and we have to accept that it gets dirty,” Pyrhonen laughs. “I am happy, the mechanics and the riders too, just like our partners. Of course it is brand new and with everything new you have to look at the technical side. We will need a few GP’s before everything works perfectly. ”

The Rockstar Energy Husqvarna Factory Racing MXGP team will still have a separate hospitality truck for certain GPs. That the team has made great strides in recent years is also evident from this clip in which the race trailer from 2013 can be seen. Now that Kimi “Iceman” Raikkonen has raised the bar in MXGP a bit higher, the only question remains whether there will be teams to follow. 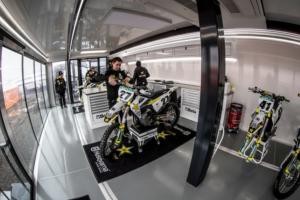 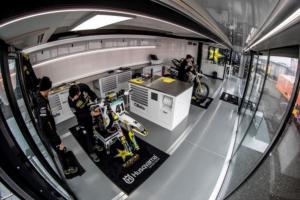 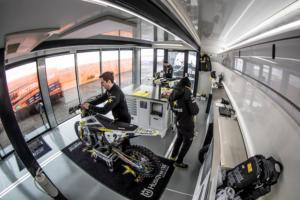 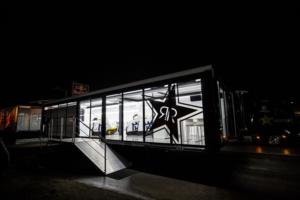 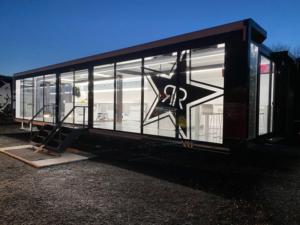 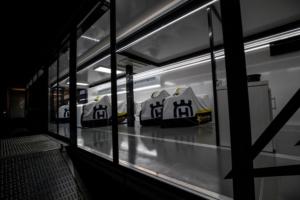