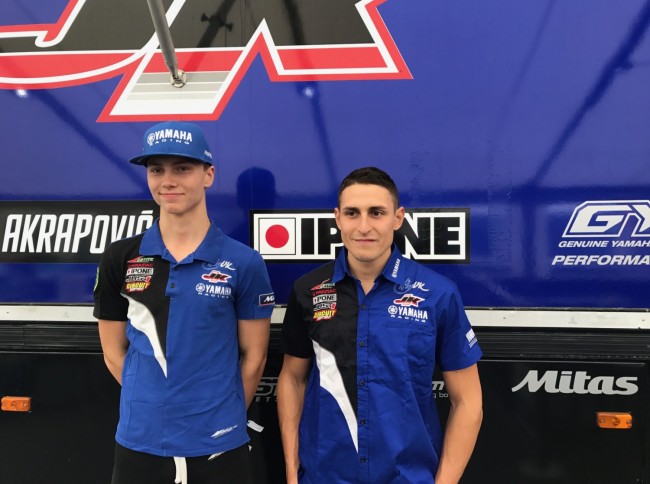 With the 2017 season drawn to a close the I-Fly JK Yamaha team are happy to announce their rider line up for the 2018 season.

Swedish rider, Tim Edberg has agreed a deal to join up with the team for the 2018 season. Edberg will move up to the EMX250 class next year after a good season in the EMX125 championship finishing eighth in the series. Next year will be a rookie year for Edberg in the EMX250 series but he will be hoping for some top ten results.

The team have already announced that Brad Todd will be with the team next year. The Brit will contest the MX2 Maxxis British Championship and the EMX250 series.

Highly rated Hungarian, Adam Kovacs moves up from the 85cc to the 125cc machine in 2018 and the team are pleased to add such a young exciting prospect to their rider line up. It will be a learning year for Kovacs in the competitive EMX125 series but he is one rider to look out for in the future.

Competing in the EMX150 championship this year was young female competitor, Lynn Valk and she finished an impressive fifth in the series. Next year she will focus on the WMX series as she takes a similar to path to Shana van der Vlist. Valk will be looking to put in impressive results in the WMX series on-board the I-Fly JK Yamaha.

Staying with the team next year is Manuel Iacopi as he will continue to represent the team in the EMX300 series. He showed some good speed during the campaign this year and finished eighth in the series but will be hoping to break into the top five in 2018. Iacopi will also contest the British Two-Stoke series alongside the EMX300 championship.

The team will also have a rider taking part in the MX2 World Championship, the rider will be confirmed at a later date.