Hunter Lawrence OUT for the season – confirms MX2 for 2017! 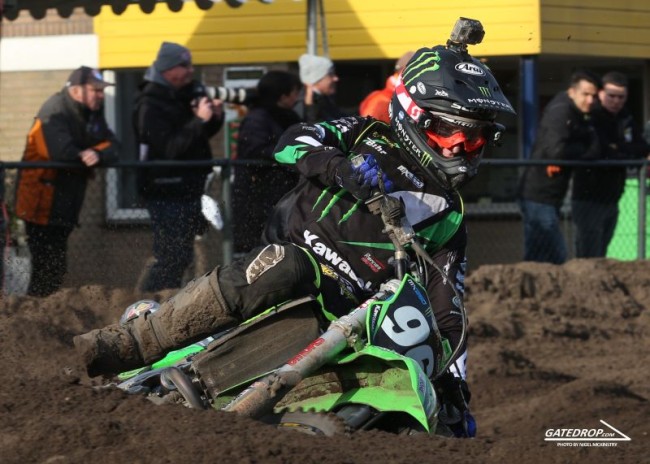 It hasn’t been a good week with injuries and yet another victim. This time it is Australian talent, Hunter Lawrence. During spain he had a couple of crashes and it turns out he has damaged his knee which means he has to get an operation. However, on the bright side getting the operation now means he can put in a strong off-season and be ready for his rookie MX2 season.

Hunter posted the following message on social media: “After much deliberation we’ve decided for the long term, I will sadly pull out of the European championships to go into surgery next Friday on my knee after the crashes in Talavera De Reina in Spain. Super gutted as I was loving the racing and riding all the different tracks, and learning the race craft required in Europe, but the bigger picture is MX2 so I want to be 100% healthy and have no niggling injuries coming into MX2. Thank you to my main crew for helping me progress through the year, but sometimes one step back has to be made to go two steps forward, also bummed out that i will miss out on Motocross of Nations in Maggiora, Italy later on this year, getting the email asking if i would represent my country at des nations is the coolest thing ever!!! Looking forward to next year!….massive thank you to all of my supporters in Australia and Europe, this is one of the coolest feelings in the sport knowing people are behind you! They know i will be back”