Hunter Lawrence on SX debut: Not how we wanted it to go 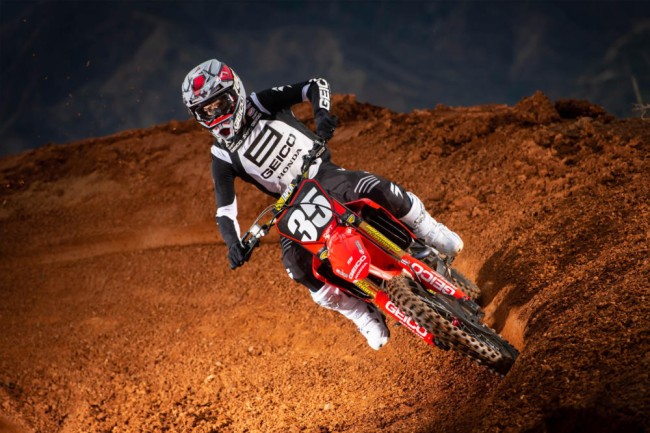 Hunter Lawrence finally made his long awaited Supercross debut at Salt Lake City on Wednesday. After leaving the GP series, Lawrence has had to wait to make his Supercross debut because of injuries but finally got his first experience in strange circumstances with no fans in the stadium. However, he still got a good taster of whats to come and what Supercross is all about.

Lawrence showed pretty good speed in practice and qualifying sessions – he showed Austin Forkner and everyone else he’s not to be messed with. When Forker cut across him, Lawrence had no issues taking the American out and returning the favour.

When the gate dropped for the main event, Lawrence was involved in a first lap crash leaving him with plenty of work to do. The Aussie had to come from the back of the pack but ended up thirteenth behind fellow country man, Luke Clout and his brother Jett Lawrence.

The main thing is that he’s now had his first Supercross experience so knows what to expect – when he adjusts to Supercross racing there’s no reason why he can’t be right at the front.

“First one out of the way! Obviously not how we wanted it to go but after 6 months off the bike during the real off season to being able to get my feet wet, can’t wait to get some more time under my belt for 2021 so i can race with these guys and contend, pace is hooking up front. A big up to the team @fchonda so much fun being back at the races”, Lawrence stated.

With injuries not being kind to Lawrence in the past it’s going to be important for him to stay fit and who knows what the future has in store for the talented Geico Honda rider.