Hunter Lawrence back on the bike! 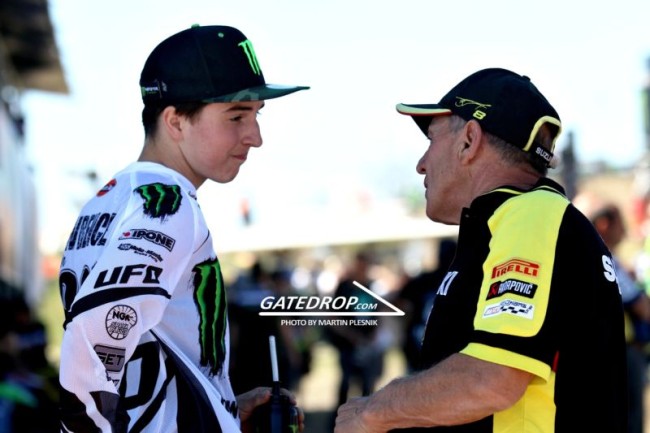 Brilliant news for Hunter Lawrence as he has got the all clear to start riding again! He got back on the bike last week (16th September). He also got to ride with a new colour as it was his first ride on Suzuki after he signed with them for the 2017 season.

The fact that Hunter is already back on the bike is great news as he will have a full off-season to prepare for his rookie year in 2017. With a full winter of hard work with Stefan Everts he will defiantly be one to watch out for as he is blessed with a lot of talent.

The 2016 was his rookie year in the EMX250 class and he passed the test with flying colours as he was battling for the championship before his season ending injury. As a rookie in 2017 it will be interesting to see how he can perform with the best 250cc riders in the world. Don’t be too surprised to see him get some top five results.

Stefan Everts is really good with young riders and he will try to take Hunter to the next level. These two could form a good partnership.

The future is bright for Suzuki and Hunter Lawrence!