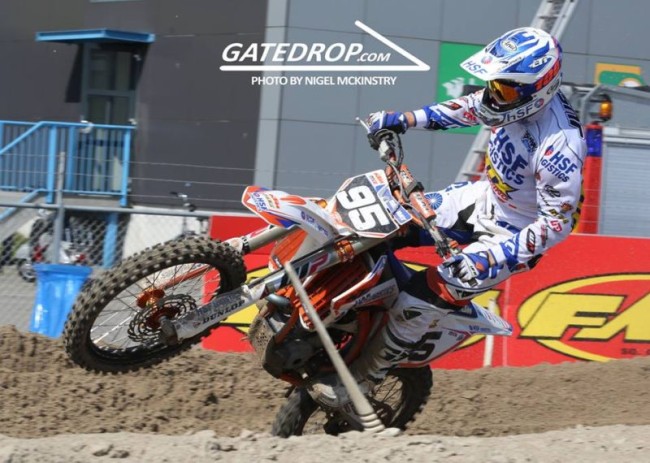 Roberts Justs has got some bad news, he has been advised to stop racing for at least the next two years due to the head injuries he has suffered this year.

Roberts crashed during the French GP and took a blow to the head. He then made a return to Assen where he crashed again. Recently he suffered from another crash and he has been told to stop racing for at least two years.

It’s bad news for Justs who has been competing in the MX2 World Championship for the HSF Logistics team. He was set to move up to a 450 machine in 2017 as he aged out of the MX2 class.

However, it will be at least two years when we see the Latvian behind the gate again. All the best to Roberts, it will be interesting to see what the future holds for him and if he can ever make a return to racing.