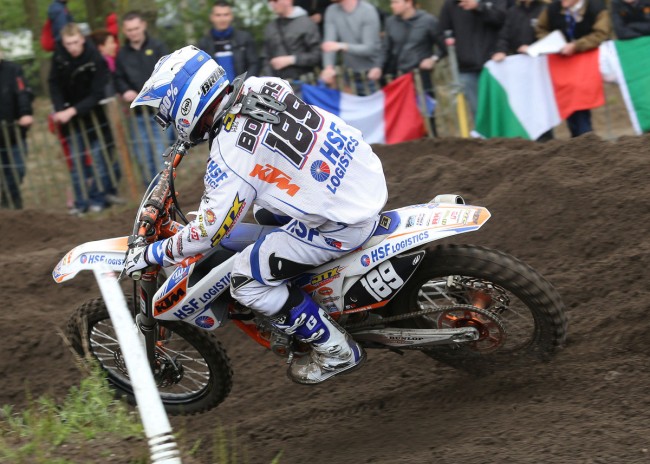 The HSF Logistics Motorsport Team is proud to announce her line up for the 2016 season. The team will start in the world championship MX2 with Brian Bogers, Calvin Vlaanderen and Roberts Justs.

The team has signed multiple year deals with Brian Bogers and Calvin Vlaanderen and Roberts has a one year contract for 2016. Besides the FIM Motocross World Championship races, the team will also race the complete Dutch Open Championship MX2.

This year the riders had a few set backs due to injuries but under the guidance of two time world champion John van den Berk they have improved themselves a lot. Also for next year the riders will train with John which will start with a winter camp in Malaga, Spain.

Besides the three Grand Prix riders, the team has also signed agreements with Max Engelen and Raivo Dankers. Max will race the complete European MX2 Series and Raivo will move up from the 85 class to the EMX125 class. For the European and World Champion 85 from this year, 2016 will be a learning year!

Team manager Martin van Genderen: ’We are very happy that we can continue working with the same riders as this year. All riders have worked together as a team this year and this created a good atmosphere. All riders have showed good things this year but we hope that they can improve themselves a little bit this winter so they are able to ride inside of the top ten. We also keep working with Max Engelen and Raivo Dankers. Both riders are still very young and with the good support and the professional working ethic from our team we think they can improve themselves a lot’.

The team will start with their preparations for the 2016 season soon and the first Grand Prix will be held in Qatar on the 27th of February.