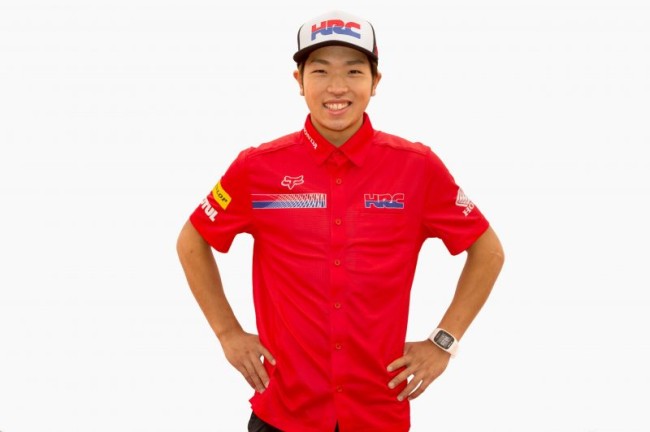 Joining Michele Cervellin in HRC MX2 for the next two consecutive rounds in Switzerland and Sweden, is Japanese IA2 points leader Taiki Koga.

Taiki Koga has been given the opportunity to ride in the FIM World Championship motocross series by HRC, between his race events in Japan. He is currently leading the IA2 (MX2) class in the JMX series. This is a huge step up for Koga who is new to racing in Europe and has never raced in a world championship event.

Michele Cervellin is ready for the final points push as the season end is in sight. The track is hard pack which is usually Cervellin’s preferred terrain.

The weather this weekend could make conditions tricky. Rain is forecast on Saturday which can make the track treacherous and rutted. Sunday’s weather looks much brighter which will hopefully dry out the track to offer some good line choices for racing.

Michele Cervellin 747
I really like the Switzerland, I raced there last year and I can remember feeling good there. It is hard pack and one of the better tracks on the calendar. Now that I am over my sickness I can improve my physical condition to get it back to where it should be.

Taiki Koga 479
I am looking forward to my first weekend racing with HRC. I came to Lommel so I got to experience how everything works and to get familiar with the series. This week will be my first time on the bike so we are going to do some testing to get me comfortable on the bike. It is going to be an experience.

Roger Harvey
HRC General Manager – MXGP
Having run most of the year with one rider in MX2, it has given us the opportunity to offer some young riders the chance to experience the MX2 world championship. The event here in Switzerland is no different as we have Taiki Koga riding for us. Taiki is currently leading the Japanese motocross championship IA2 Class (MX2). Michele comes into this event still searching for his early season form which hopefully we will this weekend.