Horgmo impresses at the Zwarte Cross 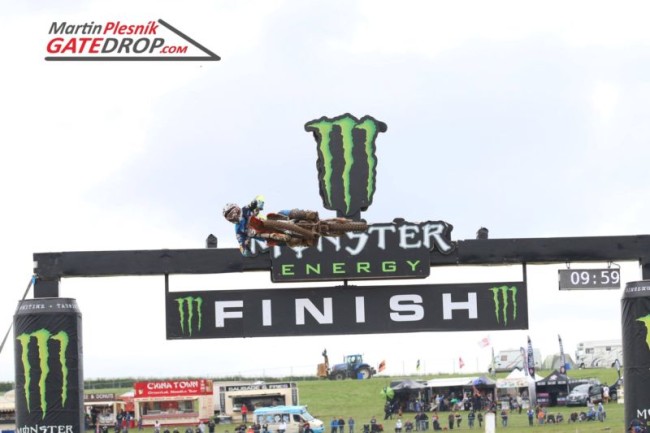 The Creymert KTM team contested the final round of the Dutch Masters of Motocross at the weekend that was held at the famous Zwarte Cross event. The weekend went well for the team as Kevin Horgmo battled with some of the world’s best – he ended up fourth overall. Calvin Vlaanderen took the win during the final round but it wasn’t enough to stop Jago Geerts from winning the title. Horgmo’s team mate, David Braceras decided not to compete at the event following a crash from earlier in the week leading up to the event.

During the final round, the MX2 riders had a qualifying race on Saturday evening. Horgo suffered from a crash but got back to eleventh which was okay for the gate pick.

In the first moto, Horgmo took a great start as he was in the top three, the Norwegian passed his fellow country man, Sander Agard-Michelsen to take the lead and it was a Norwegian 1-2 at the start of the moto. Horgmo stretched out a lead at the front and had a five seconds gap at one stage. However, Vlaanderen worked his way into second after he didn’t get the best of starts and when he got the clear track he caught up and passed Horgmo. However, the young Creymert KTM rider still rode great to come home in second.

It was another good start in the second moto as Horgmo was sat in second for the first three laps but unfortunately suffered from a crash. He dropped back to fifth which is where he ended up for a very impressive fourth overall on the day.

It was a good weekend for Horgmo and he’ll be wanting to build on from this – he didn’t look out of place with the GP riders.

Last week whilst putting in the laps at the Veldhoven circuit to prepare for the race, Braceras crashed but walked away without any serious injury. However, he wasn’t comfortable enough for race conditions so he decided not to compete at the weekend. The young 125cc rider will be putting in the work this week though to get back to his best.

Kevin Horgmo: “I am very happy with the weekend, it just shows that I have the speed once I get a good start. We will keep working on that and prepare for Lommel now”.

The next race for the team will be in three weekends time during the MXGP of Belgium at Lommel were both the EMX125 and EMX250 series will continue.