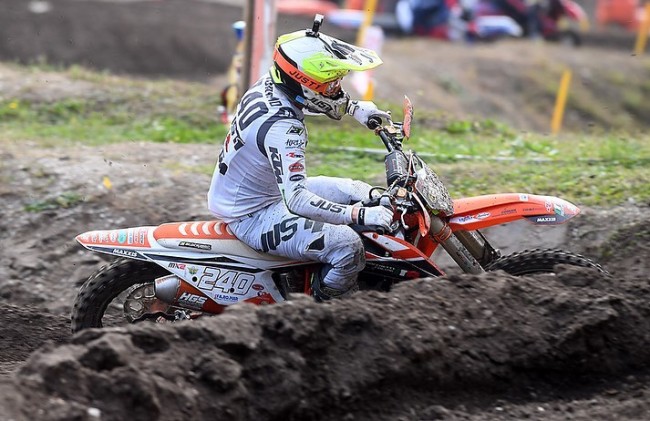 Young Norwegian talent, Kevin Horgmo has confirmed that after a season with the Marchetti KTM team that both will go their own way for the 2021 season.

It was a difficult start to the campaign for Horgmo but towards the end of the season he started to show some good pace and battle for top ten results.

The MX2 rookie will be hoping to land a ride for the 2021 season as oppose to going privateer. He certainly has good potential for the future.

“This was the final race of the year, and I can’t wait to go home and breath a bit…! No news about next year yet, but I have decided to leave Marchetti Racing and will try to find another ride in MX2 for 21. Thanks to them for giving me the ride this year.

I hope I can have some more news soon, but as of now I don’t have any team. And nothing on the table either yet. Thanks to my two mechanics @jeremyjp191 and @jerometermont this year, it’s not been a easy one for you guys either, but you have done everything you could for me! Also thanks to @maisi_66 at WP for the all help, I have definitely learned a lot. Thanks to everyone of my sponsors, trainer @kgmxteam, family, federation, and of course all my supporters”, Horgmo stated on social media.