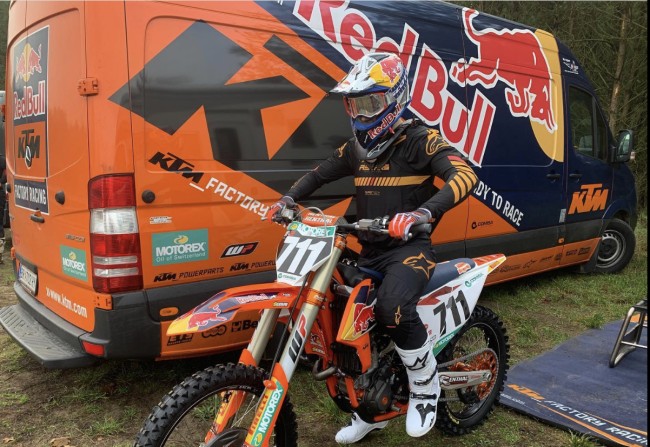 One of the next generation’s huge talents, Rene Hofer, has had his first outing on his Red Bull factory KTM after a six week boot camp to get ready for the his first full year in MX2 and as a factory rider.

Hofer has been with KTM for a long time and has long been touted as one of the next potential super talents of the sport, last year he had some top tens, running top five at times, in MX2 as a wildcard rider despite being in the EMX2 class and not on factory equipment.

He will be 18 by the time the 2020 gets going, his potential is huge and the Austrian has all the talent he needs to become a major player in the MX2 world championship over the next few seasons.