Herlings update – back for Lommel? 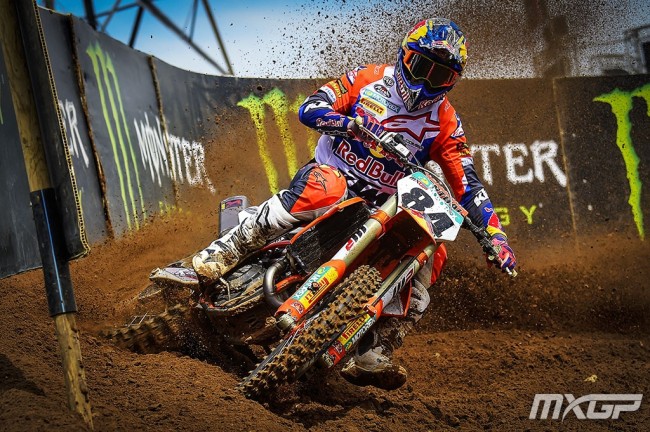 Jeffrey Herlings has had to have surgery (screws) on his ankle but it is believed he could be back for Lommel (or even Czech Republic) if the healing goes well, according to Tim Gerth at https://nl.motorsport.com/mc-mxgp/news/herlings-geopereerd-enkel-vier-weken-motor/4477555/.

The article includes quotes from Joel Smets that reads:

In itself it is not a complicated break ”, says Joël Smets, trainer of Herlings at KTM, to Motorsport.com. “He will be in plaster for two weeks now, and then plaster casts around it and he can actually already start swimming and training like that. But when he comes back in competition, we will have to wait and see.

“The injury that Herlings had in January was a much bigger obstacle than the broken ankle that the Brabanter sustained in Latvia, Smets emphasizes. “Then the doctor immediately indicated that it would take between four and six months, but that is not the case now. It is fortunately a matter of weeks and not months. He will not be able to drive a motorcycle for at least four weeks. “