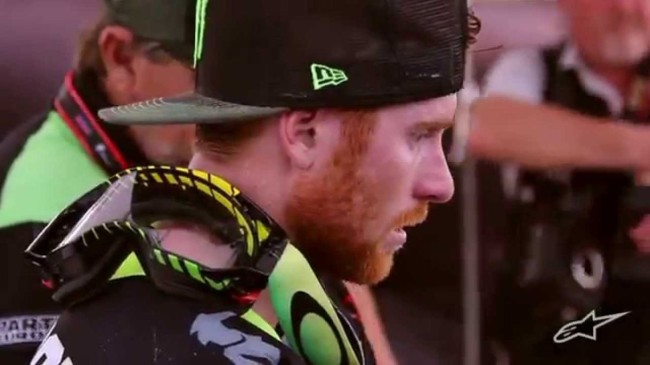 Despite public pressure to join fellow MX2 world champions Jordi Tixier and Tim Gajser in MXGP, Jeffrey Herlings has elected to stay in MX2 for next season.

Herlings who has lost the last two MX2 titles due to serious injury said: “We are looking forward to next year I will try to do my best to get that championship back.”

Herlings’ brief interview is at the 8 minute 10 second mark.

After Cairoli’s injury it may have made sense to put both heavy hitters in MXGP to ensure KTM regained the most prestigious motocross championship in the world.

But clearly after all his injuries Herlings doesn’t feel ready for the main class and still wants that third MX2 crown or could he change his mind again before the season?