Herlings on the podium in return race – and wins first moto! 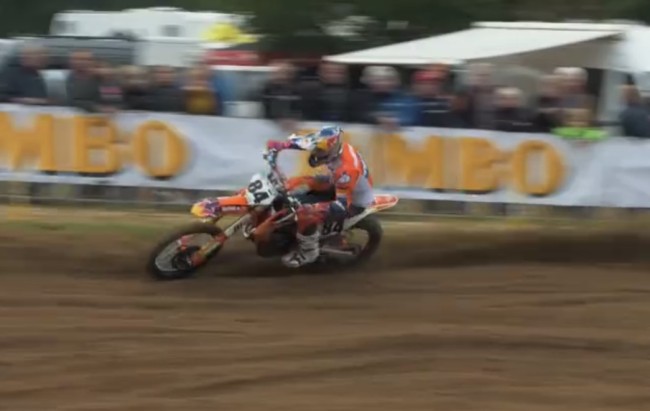 Jeffrey Herlings looked set to win his first race of the year after going fastest in practice then winning race one in Rhenen at the Dutch Masters, over Jasikonis and Febvre, passing both to do it, but race two proved a step too far.

Herlings started fourth in the second moto, got up to second then dropped back to fourth where he would finish. But he did have the fastest lap of the race, underlining that he isn’t far away despite a lack of race fitness as he took third overall on the day after over 7 months out of action.

In the 250 class Jago Geerts continued his great form and won both motos from teammate Ben Watson.