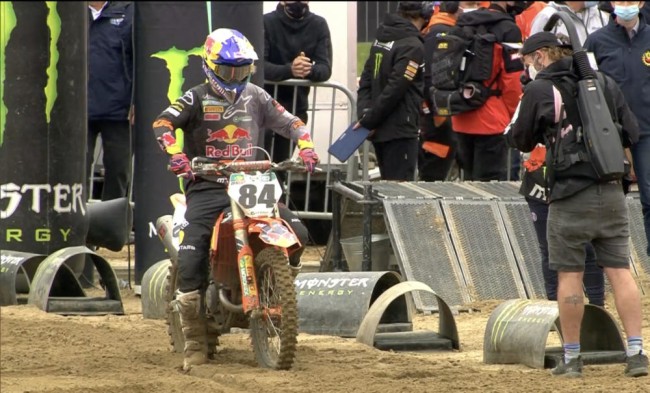 Is he human? Jeffrey Herlings defied logic and pain by winning on a very rough moto one at Lommel despite a still not healed shoulder blade and against the advice of his doctors! Herlings got into second quickly then waited before passing leader Febvre near the end of the race as Gajser crashed and finished seventh making all the effort worthwhile for his championship dream.

The mercurial Herlings said: “I don’t know what to say! We only decided yesterday midday to maybe give it a try – if I can get some points. The doctors predicted I could never race this weekend. I kind of beat nature a little bit this time! Damn I’m sore, it’s going to be a long second moto! We will do our best and it would still be nice to have a podium.”

Jeffrey Herlings is something else…