Herlings on Coldenhoff: I’ve never saw this guy before 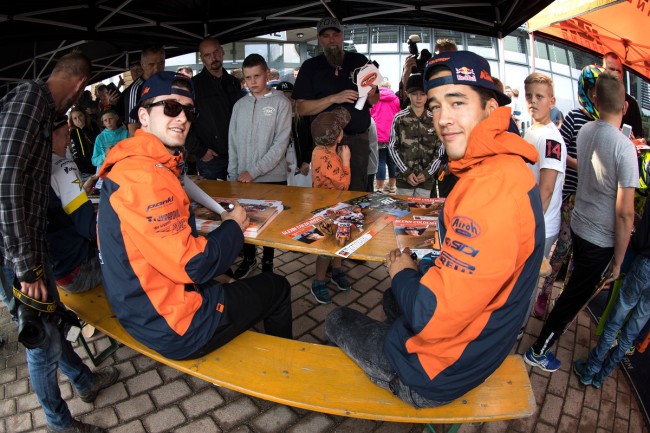 During the final two MXGP World Championship rounds of the 2019 season, Glenn Coldenhoff hasn’t made it easy for Jeffrey Herlings.

After winning in China, Herlings was full of praise for his fellow country man. With both Dutch riders in such good form, they’re going to be hard to beat at the Motocross Des Nations in two weekends time.

“I think Glenn (Coldenhoff) is riding the best he’s ever rode. You know, I wouldn’t say RedBud because he was really good there too. But the last four or five races – this is a new Glenn Coldenhoff”, said Herlings.

“I’ve never saw this guy before, he’s on top of his bill right now, he rode great. I knew after the first moto that the second moto was all about the overall. I missed the start a bit in the second moto and it was tricky to overtake”.

“I had to come from sixth or seventh to the lead but I manged to get him two laps before the end to win this GP. I’m very happy with it and very thankful”, Herlings added.