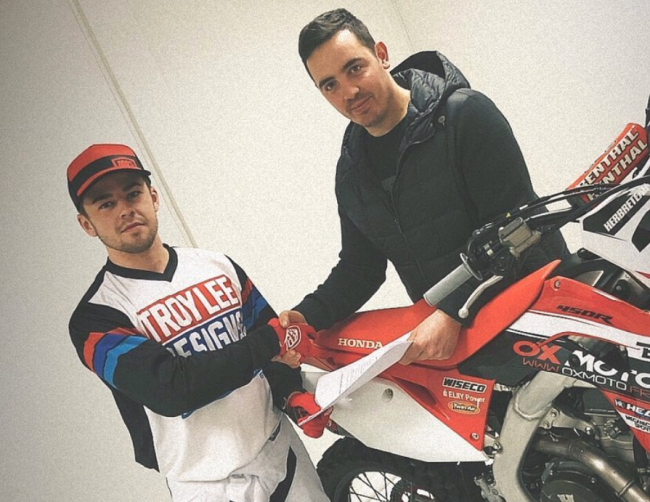 The past couple of years haven’t been kind to David Herbreteau mainly thanks to injuries but the young French talent has confirmed his plans for the year ahead.

Herbreteau decided to make the switch to the MX1 class this year and will stick with the 450cc for the up and coming season but will race a Honda for the OX Moto team. The French talent has rode a Honda before in the MX2 World Championship for a short period of time so isn’t a complete stranger to the manufacture.

At only 21 years old, Herbreteau still has lots of potential, he will be hoping for an injury free year to show some good results.

For 2020, Herbreteau will race the French Elite Motocross series as well as the French Supercross class and then some International races.

“I’m happy to announce guys I will ride for @oxmoto in 2020 but also that I switch off my number to #26. I will do the French Championship Mx1 and the supercross Series in Sx1 and some international races”, Herbreteau stated.