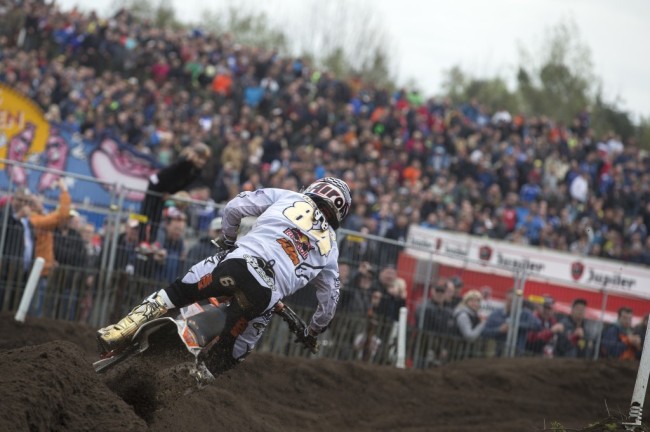 HIMX are happy to announce that they have signed up several members of the factory Red Bull KTM Factory Team for the Be Wiser Hawkstone International on 7th February 2016. Three riders from the team will attend including fans favourite Jeffrey Herlings, Pauls Jonass and Davy Pootjes.

Herlings loves riding at the famous Hawkstone Park circuit and missed the International in 2015 due to injury but was happy to make an appearance at the British Championship held there in June this year. He totally dominated that event and was a huge hit with the crowd. The former World Champion will once again make the trip to the Be Wiser International.

Herlings had a tough 2015 and has been troubled by injuries and dropped to seventh place in the MX GP standings. Meanwhile his team-mate Pauls Jonass had a stunning year and finished runner up in the World Championship and is looking forward to kick-starting his 2015 season at Hawkstone. They will be joined at Hawkstone by youngster Davy Pootjes.

Pauls Jonass – “This will be my first time at Hawkstone Park, I have heard many good things about the track and I am looking forward and excited about racing there. 2015 was a good year for me and I hope to try and improve on this next season.”

Davy Pootjes – “I am looking forward to racing at Hawkstone Park, it will be good preparation for me for the GP Season. Hawkstone Park is a track which I really like and I hope I can do well in front of all the fans. I rode the British Championship there this year and I am happy to come back in February. The MX2 class will be interesting to watch with a lot of fast and talented riders in it. I am working hard at the moment to be ready for the race and I hope to see you all there on 7th Feb!”

Gary Ford – “We are delighted to have the Red Bull KTM Team at the Be Wiser Hawkstone International. All three riders are great and the rider line-up for the event is beginning to look very impressive. We are looking forward to announcing more GP riders in the forthcoming weeks.”