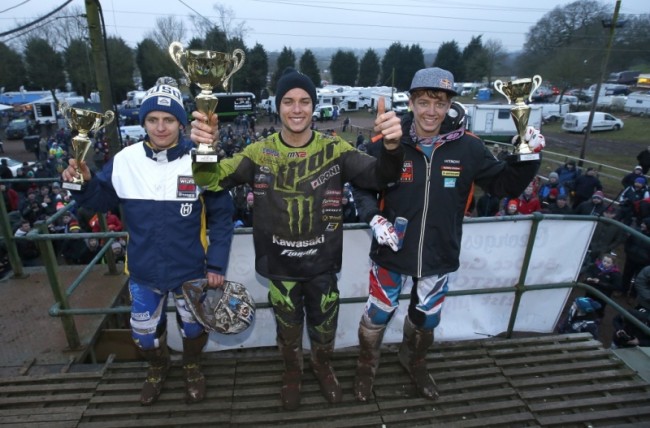 HIMX are now in a position to release the date of the 5th February for the 2017 Hawkstone International. The organisers have released the date early again to avoid clashing with the other major Internationals and also before the usual early start of the GP season. HIMX are also delighted to announce they will be supported again by Be Wiser Insurance as title sponsor –https://www.bewiser.co.uk/.

In 2016 HIMX had to run the early date of the 7th February and this worked perfectly, the weather was extremely kind to them and the crowd was exceptional. It is hoped several GP stars will attend the event with names being announced over the coming months. Entries will open soon for the MX1 and MX2 classes and after the success in 2016 the support class will once again be the MXY2 series.

The Hawkstone International will give the fans an opportunity to some of the World’s best riders in the UK in 2017. There will be no MXGP in Britain next year due to the MX of Nations at the end of the season, so this is a prime opportunity to see new teams, new riders and some of the best racers in the World battle against each other at one of the most famous MX circuits.

In 2017, the UK will not host a round of the Motocross GP series due to the MX of Nations being staged towards the end of the year in Great Britain.

Be Wiser – “Following our first sponsorshop of last year’s Be Wiser Hawkstone International we are delighted to be continuing our support and sponsorship of the event in February 2017.

We are looking forward to being involved again with the HIMX team and we are sure it will provide some great and exciting racing prior to the start of the race season.”

Gary Ford – Event Secretary – “Once again we are really looking forward to the event in 2017, we are hoping to draw some world class riders to the event and have a good shake down before the GPs kick off.  We are really pleased that Be Wiser Insurance have once again committed the Hawkstone International as title sponsor and it will be great to work with them again.

Entries are now open and people can enter the MX1, MX2 or MXY2 class by contacting me on ford542@btinternet.com

As and when things begin to happen for the event the latest information will be on www.hawkstoneinternationalmx.com