Harrison on racing the World Championship 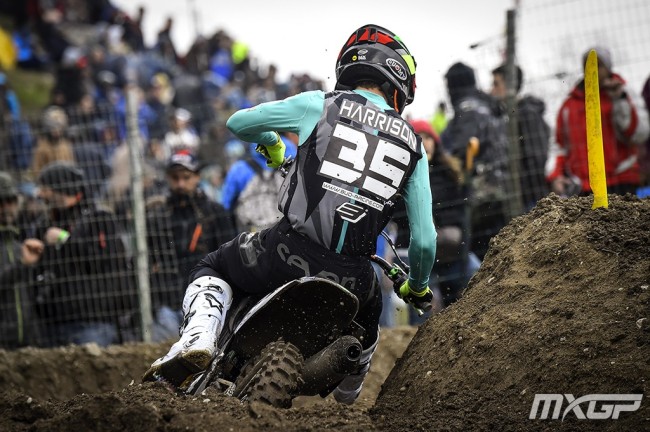 After Brian Hsu left the BUD Kawasaki Racing team, the French based team looked to the American paddock to sign Mitch Harrison for the rest of the season.

Harrison has now had four rounds of the MX2 World Championship under his belt and is adapting to life in Europe. Speaking to Lisa Leyland before Portugal he stated MX2 is tough. “This is a really deep field and not like America”.

The American, speaking in a recent team report also stated that starts are crucial in MX2 because it’s tough to come up through a deep field.

“The main difference between racing here and the States, it seems like the start is more of a crucial point to the race. If I get a bad start here it’s hard to get back up to the top fifteen. In America, you can definitely get back into the top ten”, stated Harrison.

“The way you setup your suspension is different. Here you have to set it up a lot softer whereas in America you would have a stiffer setting. I’m figuring it out as we go along with the starts are the major thing”, Harrison added.

There’s no doubt that Harrison has the speed so if he can adapt to the different kind of tracks he could be a front runner in 2020 and he wants to stay for the year ahead.  “I can learn a lot more by racing over here, it can make me a better rider. I can grow as a person so I’d like to be over here for the 2020 season”.