Håkon Fredriksen stepping up to MXGP 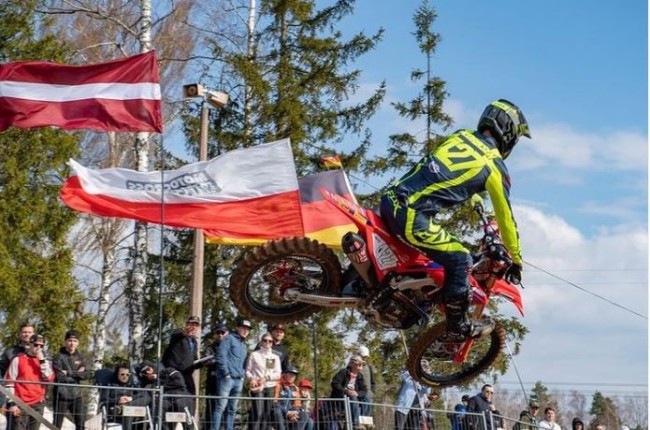 Coming into the 2022 season, Håkon Fredriksen moved up from the EMX250 class to race the MX2 World Championship after signing with the 114 Motorsports Honda team. The start of the season hasn’t gone according to plan but starts certainly haven’t helped.

The Norwegian has decided to focus on the future and will make the step to the MXGP World Championship for the rest of the season – starting at Loket.

The 114 Motorsports Honda team have focused on the MX2 World Championship in the past but with Fernandez and now Fredriksen, the focus has shifted to MXGP.

“New chapter coming up. We have decided to make the step to the MXGP class already now. I will not race in germany, but we will work hard to be racing as soon as possible. Thanks to my team, Honda and everyone around me for believing in me. Let’s have fun with it”, Fredriksen stated on social media.

“The team and Hakon decided to stop his season in the MX2 class after the French GP in Ernée. Considering his physical size, we believe that Hakon is a 450cc rider, and for his career, we believe that it is good for him to start to prepare the future in this class already. As the team and Honda really believe in him and his potential, we approved his request. Mindfully we must respect the danger and risk of racing the premier class on the powerful 450cc bikes, so therefore must take the necessary time to prepare and will join the MXGP class at the 1st opportunity that is safe to do so. So Hakon won’t line up in Germany , and probably not Indonesia unfortunately. But he should be ready for Loket We keep working hard all together with the same goal”, 114 Motorsports Honda stated.