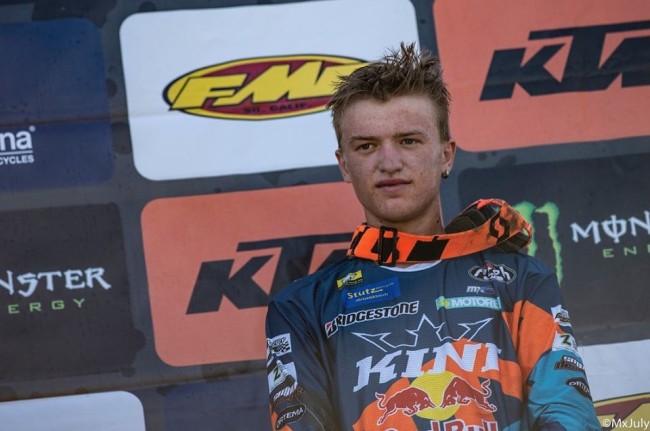 Young Swiss talent, Mike Gwerder is moving up to the EMX250 championship for the 2020 season and he’s signed a deal with the VRT Nordpesca KTM team.

It was a good year for Gwerder in his last year contesting the EMX125 series as he ended up fifth in the championship – he improved a lot over the season.

Gwerder will now start to prepare for life in the EMX250 class and the 250cc bike and learn as much as possible as an EMX250 rookie in 2020.

“Michael Vrignon showed some interest in me and contacted KTM. As the team has a great reputation all the details came together. I don‘t have too big expectations, it is a new experience and I will do my best. I’m very happy to work with this team”, Gwerder told GateDrop.com.

“A big thank you goes to my coach Didi Lacher, I’m very happy to work with him for another year. And a big thank you goes to my parents, KTM Austria, KTM Switzerland and everyone who supports me on this way. I will start in the EMX250 and race partly in the ADAC, French championship and in Switzerland championchip. It’s a big step up for me and will bring many new experiences. It will not be easy but I’ll do my best and am pleased with any support. I‘m very happy to ride for this french team”, added Gwerder.