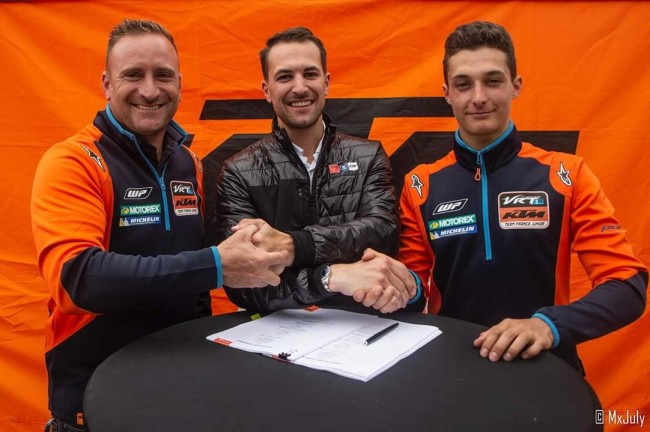 It’s been confirmed that young French talent, Tom Guyon will step up to race the EMX250 series in 2020.

Guyon has had a good season in the EMX125 class as he sits second in the series.

He’ll stay with the same setup in 2020 – the VRT KTM who will become the KTM Europe Junior team next year.

Guyon has been racing the 250cc this year in France so knows how to ride the bike. He should be a front runner in 2020.

“We are proud to announce the signature and renewal of Tom Guyon in the Europe 250 category. Since its creation the Team has continued to evolve and next season we will take a new step, The TEAM KTM VRT becomes the official KTM Europe Juniors structure. Thanks to KTM for their trust and see you soon for more news”, the team stated.