Guillod to contest his first MXGP round of the season 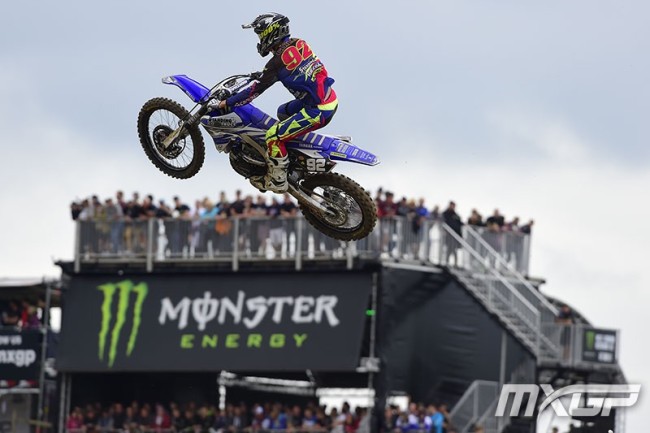 The MXGP World Championship is very competitive and every year it’s not easy to get a ride. One rider that missed out on a ride for 2019 was Swiss talent, Valentin Guillod.

After leaving the Standing Construct KTM team, Guillod unfortunately wasn’t able to secure another ride in the paddock.

Guillod rode the last round of the ADAC series with the KMP Honda team and they’ve now given him the opportunity to contest the MXGP of Germany in Teutschenthal this weekend. It means we will see Guillod back in the GP paddock.

It’s an opportunity for Guillod to impress and possibly stay with the team or impress other teams who might be looking a fill in rider.

“I feel good after a complicated winter. Now it’s 2 and half months that I’ve been back on the bike. I did the ADAC in Möggers with my standard bike and the manager from KMP Honda asked me if I wanted to race the MXGP for him and I said yes let’s go! I’m just happy to race there and I will do my best for two top 15,  it will be cool”. Guillod told GateDrop.com

“I would like to thanks all my sponsors who still support me in this difficult time of my career and Alex from kmp who give me this opportunity to ride the mxgp”, Guillod added.