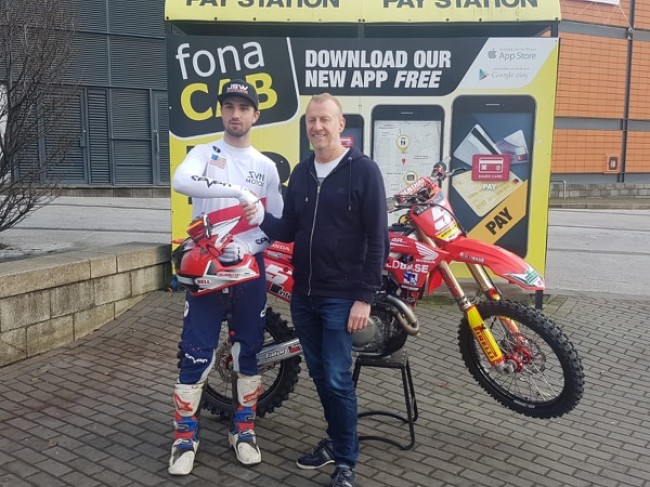 This time last year, Graeme Irwin confirmed he’d be making the switch from Motocross to short circuit racing after a serious wrist injury.

It’s been announced today, that Irwin will be racing the Arenacross UK series at Belfast (SSE Arena) in the new year on the 17th and 18th January.

Irwin will race a FonaCab Honda – Dave Thorpe from BuildBase Honda will supply Irwin with a bike for the two days racing.

Irwin will race in the pro class against many of the French riders who excel at AX but Irwin will be hoping to run at the sharp end of the pack in front of his home crowd.

When contacted by Matt Bates to do the event, Irwin said it was a no brainer and even has plans to go to California before the event to put in the preparation.

It will be another chance for the Irish Motocross fans to see him race a Motocross bike once again!