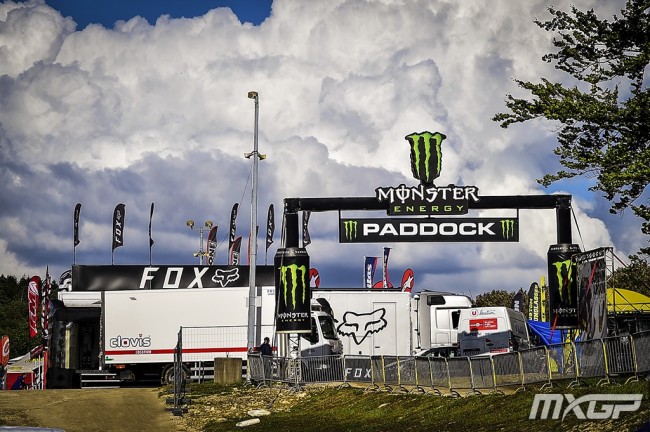 Tim Gajser won the first moto in France at the last round of the series this year. However, he didn’t have it easy, Romain Febvre was putting him under intense pressure for pretty much the entire moto. The Slovenian held on strong though and won the first moto of the day. Febvre had to be happy with second.

Jeffrey Herlings was outside the top five at the start but worked his way into third by the end of the moto. He got more comfortable as the moto went on and got around Anstie for third. The Brit who won the qualifying moto had a good race to finish in fourth ahead of his team mate, Gautier Paulin.

In the second and final moto of the year, it was Max Anstie who was leading on the first lap on his ICE ONE Husqvarna. He was under intense pressure from Jeffrey Herlings until just over five minutes to go when the Dutch rider crashed.

Herlings then found himself seven seconds behind Anstie but he put the hammer down and a lap later was all over the Brit again. He then made a move for the lead but the determined Brit didn’t let him go! They had a great battle on the last two laps but Herlings just did enough to win and grabbed the overall with it. Tim Gajser ended up a distant third to finish second overall on the day.