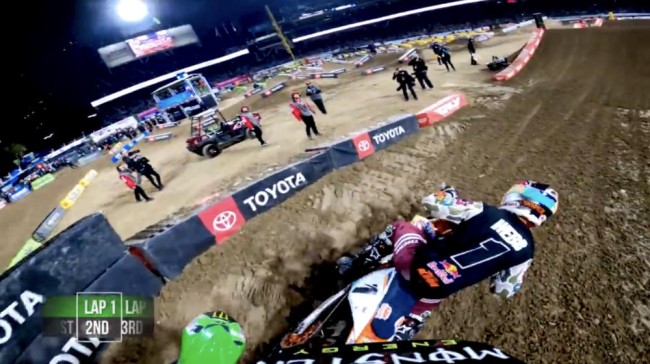 See Adam Cianciaulo’s view of his battle with old amateur rival Cooper Webb for the win at San Diego – with Webb ultimately taking the win over the factory Kawasaki rookie!

On their battle AC said: “Obviously there was other guys (back then) but when we raced each other, he was looking at me and I was looking at him but now it’s just funny that we were able to go 1-2 tonight, there are so many other people, , you don’t really focus on any guy really. You just know everybody is fast and it was cool that it kinda came down to us tonight, it brought back some memories, it was super fun, but obviously I didn’t deserve it (the win).”