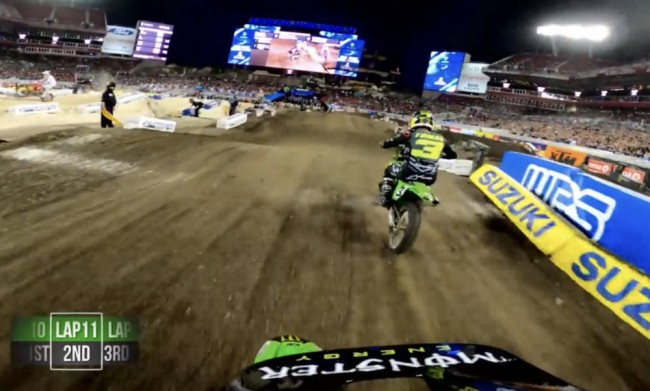 Adam Cianciarulo’s GoPro from Tampa captured most of the big stories from the 450 main event – including Stewart punting Anderson off the track for seventh in the final turn! 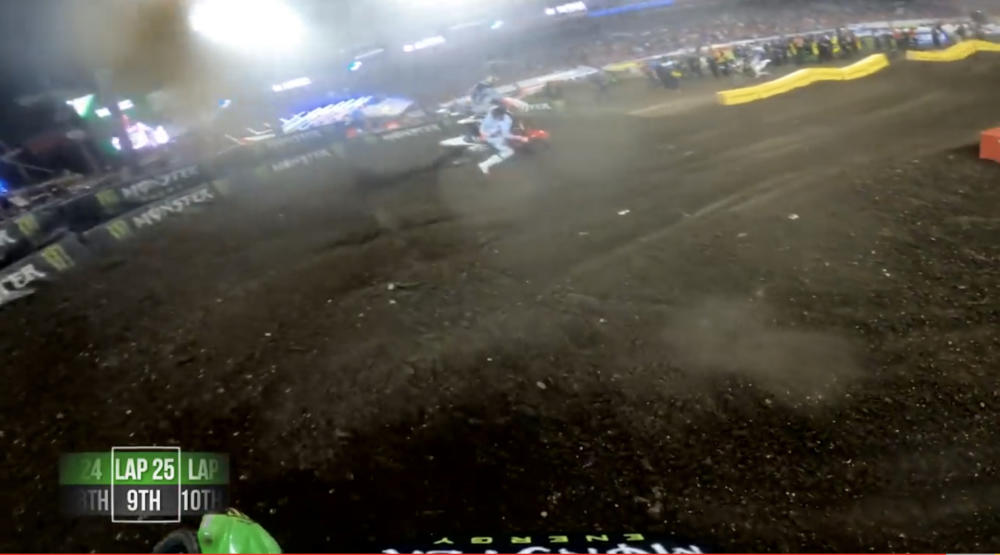 The early race leader battled Tomac for the win, then threw away second in the whoops before getting a great view of Malcolm Stewart punting Jason Anderson off the track in the last turn. Anderson then re-enters the track right before the chequered flag to stay ahead of Cianciarulo – only for Anderson to lose two spots as a result of his actions.