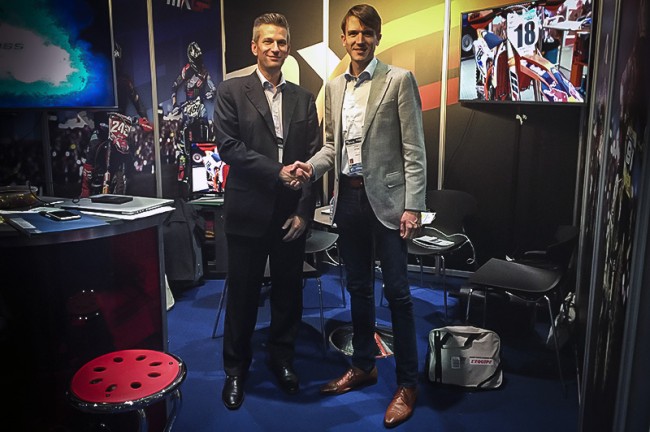 MONACO (Principality of Monaco), 27 October 2016 – Earlier this week Youthstream representatives attended the 27th edition of Sportel Monaco, the most prestigious convention in the world for sports marketing and media leaders, where the key figures for the sports-rights and other media outlets are openly discussed. Youthstream had a booth representing MXGP, the FIM Motocross World Championship, where television broadcasters could express their interest in screening MXGP on their channels.

Following the convention that is recognized by key industry people worldwide, it is evident that MXGP has an elevated rate of interest for 2017, particularly from Sport TV, which is a Slovenian Broadcaster who has signed a five-year agreement.

Other major broadcasters such as BeIn Sports, Eurosport, Mediaset, MTV3 Finland, and RTBF expressed interest in airing the 2017 MXGP series, while the Dutch networks, RTL and NOS, wish to improve their broadcasting package. Belgian television network, Telenet, has renewed their contract for a further three years, as has Brazil’s Grupo Bandeirantes, who will broadcast the championship on Bandsports. Spanish television networks have also taken an interest in the FIM Motocross World Championship.

Fox Asia were more than satisfied with the figures they received, in terms of coverage and audience response, whilst broadcasting the 2016 FIM Motocross World Championship and have confirmed their willingness to extend their agreement. Chinese network, Sina Sports, started airing MXGP in China during the 2016 season and after the success, they wish to extend their partnership with Youthstream for a further three years. Sina Sports are also enthusiastic about improving MXGP’s exposure by introducing it to ‘Weibo’, which is one of the most popular Social Media outlets in Asia.

As a result of the time spent at Sportel, Youthstream is proud of what MXGP has achieved in 2016 and is honored to extend their collaboration with a lot of top sports broadcasters in 2017.