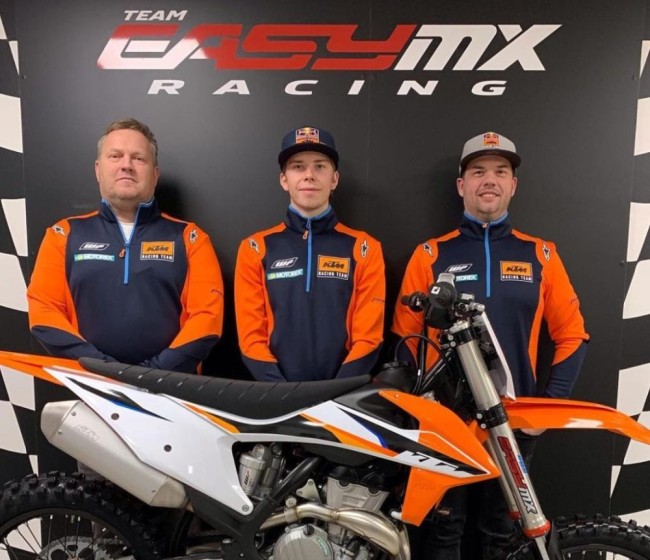 After a year with the JK Yamaha Racing team racing the MX2 World Championship, Glen Meier has announced that he’s making the switch back to KTM machinery for the 2021 season.

The young Dane has inked a deal with Danish based team, Miljøexperten EasyMX Racing. The main focus will be the MX1 Danish Championship and Meier will race a 350cc in that class.

Meier also plans on racing six rounds of the MX2 World Championship so we will still see him in the Grand Prix paddock. The young Dann has been working a normal job during the past two years and can still compete on the world level which is pretty impressive.

“After racing most of the MX2 world championship, this year. I wanted to race the European races of the world championship again for 2021. I had a really good opportunity again from JK Yamaha Racing, but simply couldn’t find the money, which was a real bummer. So, I talked with the team from Denmark, about what I wanted to race and they thought it could be really cool to help me out to 6 MX2 rounds and see what could happen. Also there hasn’t been a Danish team helping Danish riders in the world championship for many years, so that is also super cool. So I’m really pleased with how it came about, and looking forward to 2021”, Meier told GateDrop.com.

“My expectations are little bit the same like this year, I want to get points and be consistent. But also want to try to make it maybe close to the top 10. But the field is really hard, and most of the guys out there is doing this as they job. I go work 37 hours a week on a normal job, to find the money and try to beat some of these guys. Which is also quite satisfying when that happens. Would like to thank Miljøexperten, EasyMX, Arosporte, Intertank, MA-servicecenter, and my family”, added Meier.