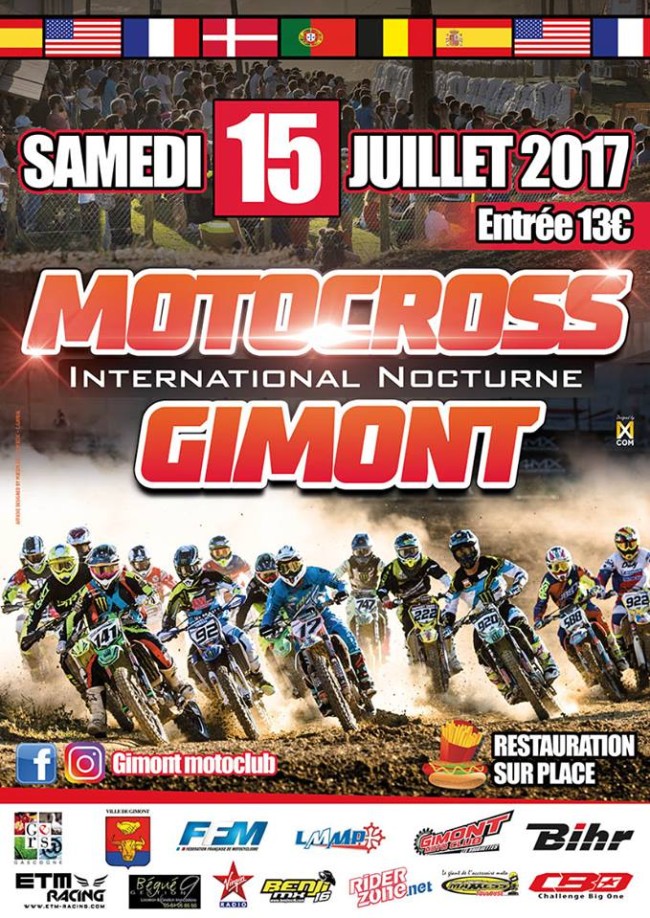 The Gimont MotoClub are hosting the successful Gimont International event this weekend. A lot of effort goes in behind the scenes to run the event and they are hoping this year the event is better than ever.

Last year it was Jose Butron that stole the headlines and he is back to defend his trophy, he will run the #1 plate on his Marchetti KTM.

The club got an extra boost last week as the 24MX Honda outfit announced they would be taking part in the event. Ken De Dycker and Damon Graulus will use it as preparation for the rest of the MXGP series.

They aren’t the only GP riders taking part as Maxime Desprey, Iker Larranaga and Giuseppe Tropepe will also be competing.

Add to that the top French riders competing, Gregory Aranda, Valentin Teillet, Nico Aubin and Fabien Iziord – it’s a nice rider line up for the event which is good to see.

There are some top EMX riders taking part too, Marshal Weltin will be one of the riders hoping to put in a good result against the 450’s