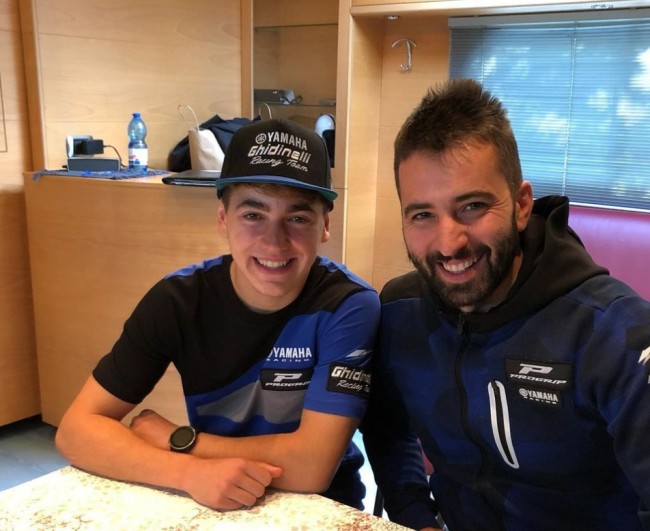 The Ghidinelli Yamaha Racing Team team have announced that they’ve signed up a third EMX250 rider for the 2021 season.

The team have already announced Tim Edberg and Pietro Razzini for the upcoming season and they’ve decided to sign up young Spanish talent, Oriol Oliver. Its three strong riders to contest the competitive EMX250 series.

Oliver showed some glimpses of what he could do as a rookie in the class this year but after a number of years on KTM machinery will now make the move to Yamaha.

Working with former World Champion, David Philippaerts (Ghidinelli’s team manager) could really help take him to the next level.

As well as the EMX250 series, Olivier will also race the International Italian Championship as well as the Italian Prestige series.

“I am happy to have signed for the team @ghidinelli_racing_team which I’ll do the EMX250 next year! Let’s start a good winter with @philippaerts19”, Oliver stated on social media.