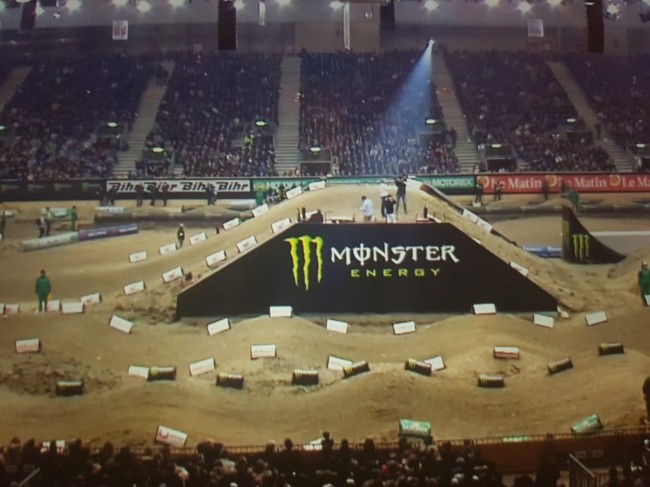 Marvin Musquin took the win on night one of the Geneva supercross – but only afrer a great battle with Jason Anderson!

The Rockstar Husky rider took the holeshot with Musquin and Brayton right on his tail but Musquin was quick to look for an opening in the tight circuit with Anderson equally fast at shutting the door and fighting back!

Musquin made a couple of moves, with both riders making contact at times, but Anderson fought right back refusing to give an inch to his training teammate.

Eventually Musquin made a move in the whoops stick and began pulling away, but the Frenchman made a mistake in the rhythm section and allowed Anderson right back to his rear wheel!

From there Anderson put the pressure on, skimming the whoops in contrast to Musquin’s jumping technique but he couldn’t quite get alongside Musquin and it was the Frenchman who eased away again through the backmarkers to take the win on night one in Switzerland!