Geerts on a dominant win at Axel 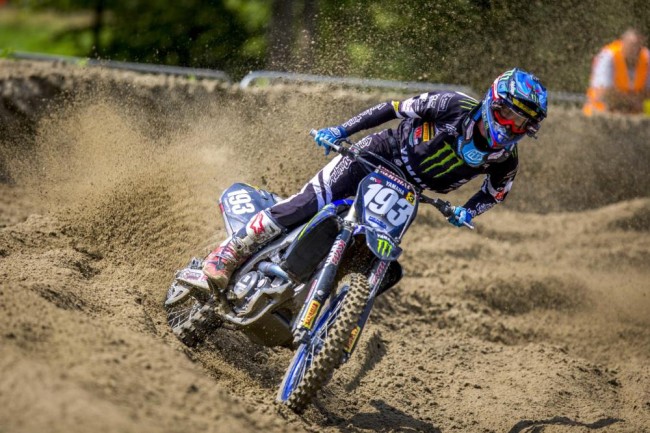 Monster Energy Yamaha Factory rider Jago Geerts went to Axel for a final rehearsal in light of the restart of the FIM world championship in Kegums, next Sunday. And it was a perfect rehearsal, with – again – a double moto victory.

Last weekend Geerts won both races in Arnhem, against almost all the top riders in the MX2 world championship. The competition wasn’t that tough this weekend, in Axel. A few top riders – like Jago’s Monster Energy Yamaha Factory teammate Ben Watson – preferred a weekend of rest before the restart of the world championship in Kegums next Sunday.

The story of the first race is a short one: Geerts took the holeshot on his YZ250FM, made a nice gap in the first laps and controlled the race until the end. The story of the second race was a carbon copy of the first one. Again, Geerts was unstoppable. His third double moto victory in a row, after winning both races in Kaplice and Arnhem.

“It was a perfect day. Great starts and in control from the beginning until the end. I’m especially happy with my starts, lately. Let’s hope that they will be that good in Latvia too. I’m really looking forward to the restart of the world championship, next weekend. Kegums is one of my favorite tracks. I’m heading to Latvia full of confidence after a good preparation.”