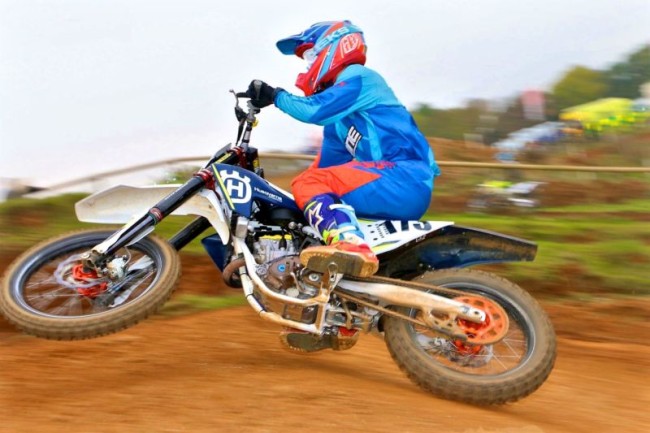 Title contender Elliott Banks Browne will be joined at the Geartec Husqvarna Racing team by two young hopefuls Luke Norris and Jordan Moxey for there assault on the 2017 motocross season.

After a turbulent few seasons due to injury Elliott sets to take a completely new approach to his racing in 2017 being the only rider to manage and race the same team as he sets his sights on title number three. Luke turned heads in 2017 with his show of speed and his stand out ride of 4th overall at the last round of the Maxxis British Championship back in September. Jordan Moxey is a name many have not herd before the 20 year old from Norfolk has an abundance of speed and talent but has lacked the correct machinery and guidance so with all that now taken care of 2017 is set to be his year to shine..

I am very excited for next season we have a great team surrounded by great people all with the same goals to be the best and to win races and championship but have fun doing it.  I am very happy with Elliott’s decision in both riders, I witnessed Luke’s great ride at Foxhills this year and was very impressed, He works hard and you can tell he really wants to take his career to that next step and am happy Geartec Husqvarna Racing can help him do that.

When Elliott came to me and said he wanted to run Jordan to be honest i hadn’t heard his name before but if Elliott feels that he has what it takes i support his decision 100%, I believe in giving people a chance we all need that break in life and hopefully thats what we are giving Jordan we will give him the tools to succeed and the rest is down to him and i am very excited to see what he can achieve.

I am very happy to have Luke and Jordan onboard, like my self Luke has had some troubles with injury but this year has showed great speed and his ride at Foxhills has hopefully given him that extra bit of confidence in him self he needed, I feel with the right guidance and structure Luke can be a top 5 contender week in week out if not fighting for the podium.

The reason i wanted to give Jordan a shot was the amount of natural talent he has, talent is something that cant be taught. On practice days Jordan is very fast but just needs to replicate that over in to his racing, Over my 10 year career i have learnt a lot about what works and whats doesn’t if i can share some of that information with him and harness his speed into racing i truly believe he could be one to watch.

‘I am really excited to be joining the Geartec Husqvarna team for 2017, I’m extremely thankful for the opportunity and can’t wait to get out racing. I know I’ll have a great team of people behind me and the best bike possible to get the job done, I just cant wait to get started now.

‘I cant thank Geartec Husqvarna enough for this amazing opportunity they have given me this is like a dream come true and i will give everything to being the best i can be, I am very honoured that Elliott sees something in me and to be able to work and learn from him about what it takes to race at the highest level is something i could have only dreamed about, i wont let him or Geartec Husqvarna down and can’t wait to get started.