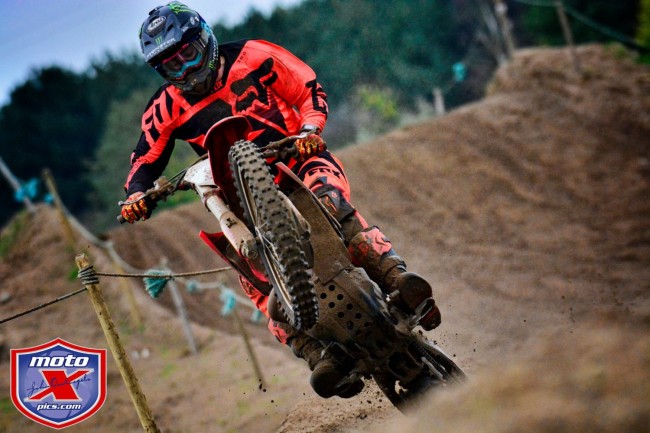 Petar Petrov has been spotted at Lommel putting in plenty of laps on Honda machinery. While his plans aren’t confirmed for the 2018 season just yet there’s now proof he will make a move to Honda.

It remains to be seen what team he will join but according to some rumours it’s thought to the Assomotor Honda team.

Next year will be Petrov’s rookie year in the MXGP World Championship class as he moves up from the MX2 series, it’s going to be interesting to see how he adapts to the bigger bike.

Check out some cool pics from him that John Oostvogels captured around Lommel: