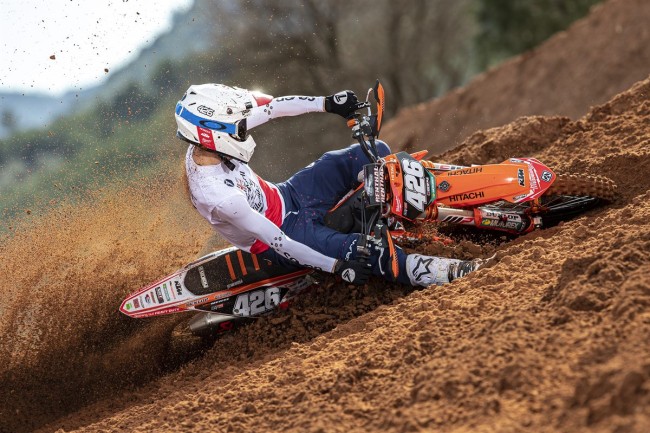 The British KTM team will run four riders for the up and coming season, with 2018 British MX2 Champion Conrad Mewse once again competing in the MX2 class. Mewse will race alongside his teammate of 2019, Dutchman Bas Vassen, both on the KTM 250 SX-F.

Joining Mewse and Vassen for 2020 will be 16-year-old Eddie Jay Wade and 15-year-old Ethan Lane. Wade, who was Junior World Champion in 2017, will be switching between the KTM 125 SX and the KTM 250 SX-F during the season as the Brit will be competing in his third season of the EMX 125 Championship, as well as debuting in the MX2 class of ACU British Motocross Championship. Lane will be riding the KTM 125 SX in both the EMX 125 championship and the MXY2 class of the ACU British Motocross Championship with his goal set firmly on building experience within the highly competitive domestic and European series.

See the gallery below (pictures by Ray Archer):