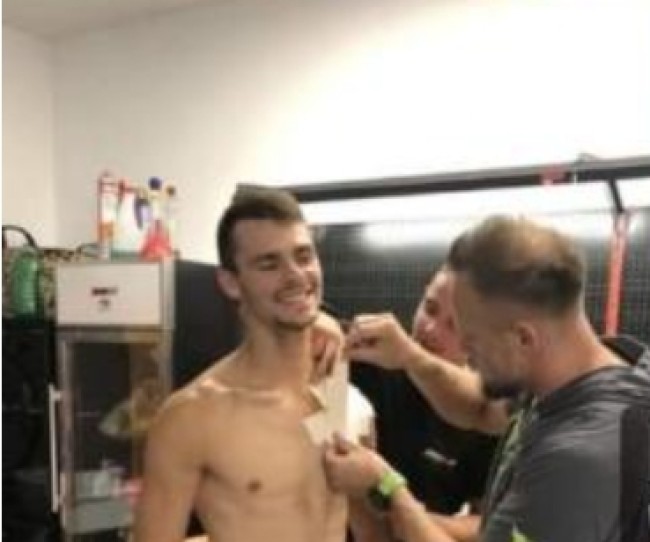 Tim Gajser has admitted he rode in a lot of pain after he broke his collarbone and had surgery only 8 days before Riola – and he has the scar to prove it as the very tough defending world champ showed just how much he wants this 2021 title!

A proud team boss Giacomo Gariboldi said Tim was a warrior on social media: ” It was a tough day in Sardinia 🇮🇹 but our warrior @tiga243 could still make some points which will be fundamental to win the 2021 MXGP title, just after having a surgery 8 days ago to repair a broken collarbone! We’ll be back in two weeks in Germany 🇩🇪 stronger than ever!!!”

While Gajser said: ” It was a difficult race. Racing just 8 days after surgery was painful but i gave my best what was in my power to salvage some important points. Now we have 2 weeks to recover.”

It seems this world championship is about who can endure the most pain – these guys are made of granite.

Podcast! Jonathan McCready and Andy McKinstry discuss the race at Riola and the injuries as the MXGP championship chase tightens up and also look at some of the teams that could win or podium at the MXoN.

Get it on YouTube or Spotify below or iTunes here.