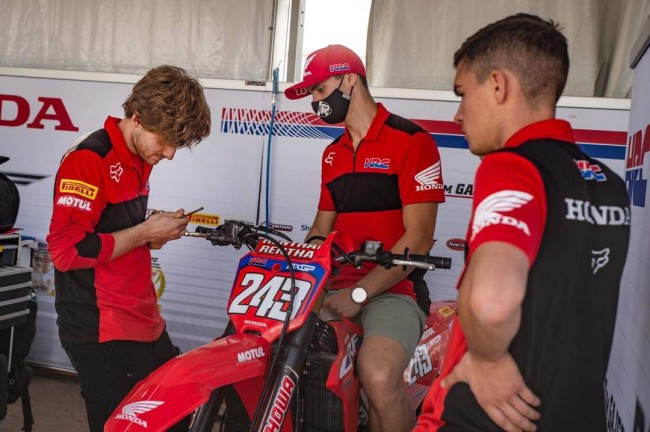 Tim Gajser has confirmed his participation in tomorrow’s MXGP at Riola despite breaking his collarbone practicing in Croatia last week!

The world championship leader simply stated on social media: “Tomorrow we race!” Alongside pictures of the reigning world champ sitting on his machine.

With a 28 point lead Gajser has some margin for error but it won’t be the easiest track to negotiate fresh off collarbone surgery!