Gajser moves up to the MXGP class! 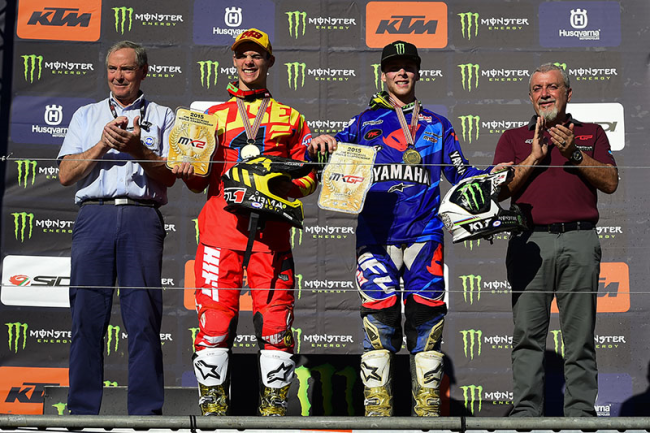 The rumours were true! Reigning MX2 world champion Tim Gajser will move up to a 450 and compete in the MXGP class next season.

Gajser (19) , who is arguably even better on a 450 than a 250, should be a contender straight away but is prone to the odd big crash! However, it will be a learning year for Tim with no pressure as he adapts to the toughest motocross class in the world.

It means the last two world MX2 champions will be moving up and taking on their former rival Febvre, plus Cairoli, Townley, Desalle, Nagl, Paulin and company!

It makes the MXGP series of 2016 possibly the deepest and toughest in history and we are still waiting to hear if two-time MX2 world champion Jeffrey Herlings will join his fellow MX2 champions, Tixier and Gajser in the premier world motocross class – let’s hope so!