Gajser in ‘one piece’ after MEC crash! 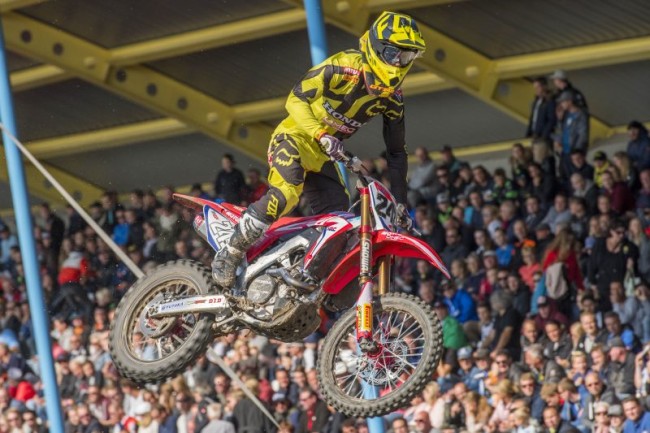 Tim Gajser made his Supercross debut in America at the weekend at the Monster Energy Cup. However, things didn’t go according to plan as he took a big crash whilst battling for a top five in the first race, you can see the crash here.

Gajser has given an update on social media and says he is grateful to be in one piece. It seems the Slovenian has escaped any serious injury which is good news!

Read his update below:

Grateful for opportunity and to be in one piece I had a lot of fun out there yesterday. It was something complitly now to me but i like it. Thanks for support guys I wanna say huge thanks all my team HRC, my dad for always good advices on track and my girlfriend for always being there for me in good and bad tims! Thank you guys Next year we will be back stronger 2️⃣4️⃣3️⃣