Gajser and Slovenia IN for Assen MXoN 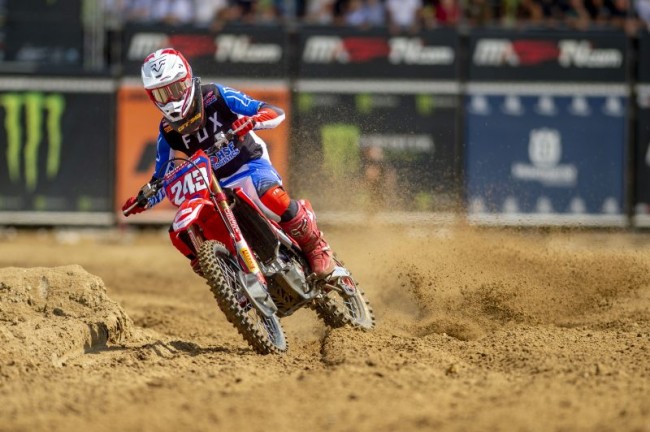 The Slovenian team didn’t go to Red Bud for the 2018 MXoN last year due to cost, but world champion elect, Tim Gajser, has revealed to us that he is in for Assen as Slovenia will enter a team this time around!

“We are going to do it this year,” confirmed Gajser in his interview with Andy McKinstry at Lommel. “Now I am starting to enjoy the sand as well, I’m really looking forward to that one.”

The pressure is of course on Gajser to get his team into the main races meaning he doesn’t have much margin for error. Pauls Jonass, who also missed the Red Bud event due to Latvia not attending, is also hopeful of competing this year as is Arminas Jasikonis if Lithuania send a team as expected.

While it’s great to have the Nations in America every so often, it also means some world class riders from smaller countries are likely to miss out on that edition of the biggest race in the world. But for Assen in 2019, it looks like the field will be even deeper, making qualifying for other smaller nations even harder!