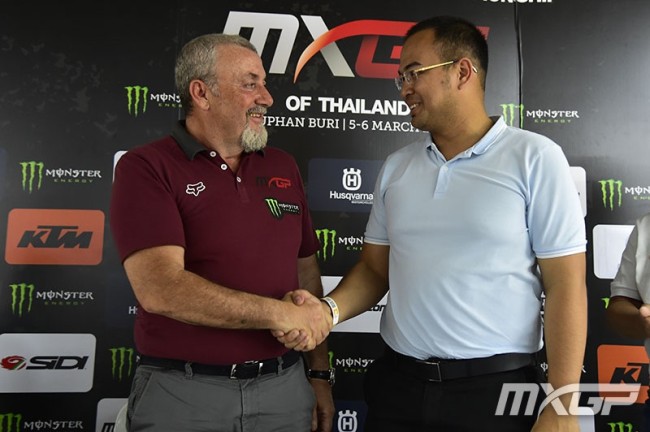 The Republic of San Marino has expressed interest in hosting a round of the FIM Motocross World Championship starting from 2017.

Yesterday, 14th May, at the MXGP of Trentino in Pietramurata, Italy, San Marino’s State Secretary of Tourism Mr. Teodoro Lonfernini was onsite with a delegation from San Marino for a meeting withYouthstream President Mr. Giuseppe Luongo where they confirmed their intentions of hosting MXGP from 2017.

There will be a significant investment made to update the existing Motocross track and especially to improve the infrastructures and paddock.