Furlotti ruled out of the last EMX250 round! 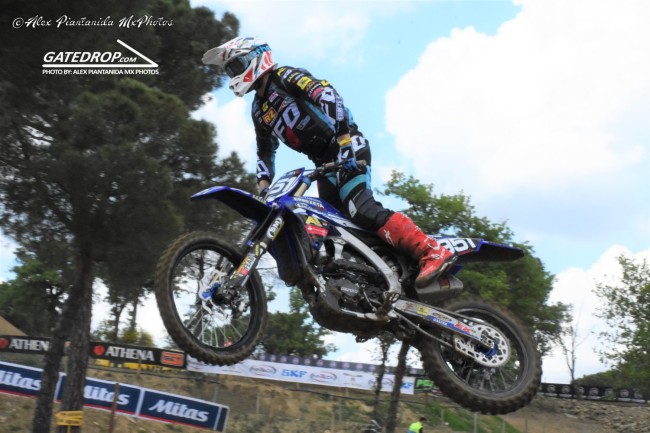 The competitive EMX250 championship looked set to go right down to the wire at the last round of the series in France this weekend. However, there is another twist in the championship battle as Simone Furlotti who sits second in the series has revealed that he will miss the final round due to dislocating his shoulder in Switzerland.

This effectively means that Morgan Lesiardo is this years champion as third place is seventy-six points behind the Italian which means he can’t be caught with only fifty points left on the table.

It’s been a great year for Lesiardo who is one of the most improved riders of the year and he thoroughly deserves his title. It will be interesting to see if he tries to defend his title next year or if he moves up to compete in the MX2 World Championship.

Simone Furlotti broke the news on social media with the following message, “Hi everybody, unfortunately I will not race the last EMX250 race in France. I dislocated my shoulder in Switzerland and have to be patient..”