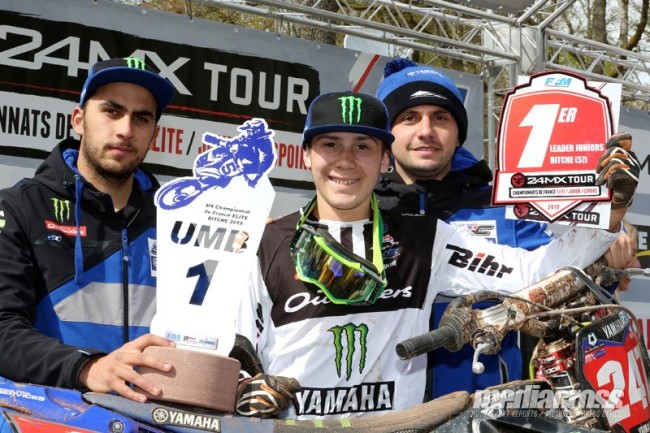 MJC Yamaha have released the following statement on Florian Miot leaving the team.

The team has released Florian Miot this weekend from any contract obligation. The Young French pilot has under the colors MJC brilliantly won the Italian Championship 125 as well as 10 out of 10 events of the French Junior Championship showing the performance and reliability of the yz125 prepared by the mjc team. However, Florian’s parents wanting to gather for the 2020 Season Florian and his big brother Matheo under the same awning for logistics reasons, which was not possible at MJC. It is due to this requirement that the team has agreed to release, with a certain disappointment, the young Florian.

Loic Le Foll: ” we are obviously very disappointed that we can’t continue with Florian. He made his most beautiful season with us and with this year of investment and learning in the European Championship Emx125. I’m convinced that with our material he could go for the European title in 2020. It’s only part discount, we him Let’s wish success for the future. “

Florian Miot: ” The arrival at MJC has been an important change for me, far from my family cell and with a professional coaching I focused on my physical preparation on one side and on the development of my motorcycle. I enjoyed the family but professional atmosphere of the whole team and it is with melancholy that I leave my friends, but I intend to find them on the circuits. I want to say that Loic has been able to show understanding and fair play, and I would like to thank him for it. ” “

Ludovic Miot: ” The separation of our two sons has been hard to manage this year, Florian will have made his most beautiful season on the Yamaha MJC with two national titles when Matheo met the adversity of a complicated season. In order to preserve our family balance, I had to gather Florian and Matheo for 2020. I would like to thank Loic Le Foll for his understanding and the investment he has conceded on Florian. We are grateful to him and wish him the best for the future. “