French MXDN team – who should they pick in MX2? 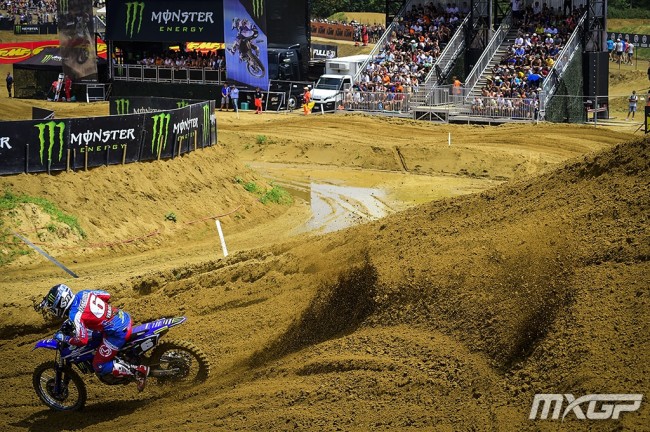 With Dylan Ferrandis and Benoit Paturel ruled out for the rest of the season, France need to make a decision on who to select for the MX2 class.

We take a look at some of the options available to them.

Jordi Tixier: The most obvious choice would be to put Jordi Tixier in the MX2 class. Let’s not forget he’s an ex MX2 World Championship himself as he clinched the title back in 2014. Since then the talented French rider just hasn’t been able to stay fit for an entire season so we haven’t been able to see the best of him in the MXGP class.

The last MX2 Grand Prix Tixier contested at Matterley Basin he ended up on the podium going third overall so it’s a track he goes well at. However, it’s thought the French federation and Tixier don’t see eye to eye so that could be a stumbling block but hopefully the issues can be resolved and put behind them for the sake of the Nations team.

Pourcel also recently became an American Citizen, “It’s one of the best days of our life, being in a free country where you feel safe is a great feeling”. It’s unlikely to happen but it would be a cool story if he was lined up at Matterley Basin later in the year.

Mathys Boisrame: If Tixier doesn’t get selected then the next best French guy they could pick might just be the Assomotor Honda rider. Yes, he’s contesting in the EMX250 series but the young French rider is fast!

Boisrame picked up an injury before the start of the season meaning he missed the first three rounds but he has been impressive since making return. Boisrame has been on the EMX250 championship podium three times and won his home round of the series in France. If he was to be selected to represent team France then hopefully he could get his hands on a 2018 Honda!

Stephen Rubini: Moving straight up from the EMX125 class into the MX2 World Championship is never easy and Rubini is finding out just how tough it is. Factory Kawasaki signed Rubini as he has a lot of potential for the future but things haven’t gone to plan during his rookie year in the class.

Rubini has showed flashes of what he can do as he finished tenth overall at his home GP in France. He was very impressive in the first moto as he came home in ninth, Rubini on his day has got the speed but it could be a risky choice. However, in the future Rubini should become a top rider if he can land a ride for 2018.

David Herbreteau: This is one guy who has showed some good speed but unfortunately hasn’t got the results to match his speed so far this year. Herbreteau always seems to be battling on the edge of the top ten but then crashes or gets caught up in some sort of drama.

The F&H Kawasaki rider is currently injured himself but could make a return to racing in Assen. If they could get a Factory Kawasaki for him then he could be worth considering for the MXDN.

Brian Moreau: Perhaps with Paturel and Ferrandis both out injured the French federation might build for the future and reward Moreau after winning the EMX125 title. There’s no doubt that Moreau has a lot of talent but throwing him into the MXDN after not much race time on the 250 would be risky!

It would be surprising if Moreau doesn’t race for France in the future though as he has all the qualities to become a top rider.

Maxime Desprey:  It wasn’t that long ago Desprey was an MX2 World Championship rider himself! But after reaching the under 23 age limit, Desprey focuses on the 450cc these days. Desprey has been contesting the European rounds of the MXGP World Championship for the Gebben Van Venrooy Kawasaki team. He currently sits twenty-fifth in the series with twenty-eight points to his name. It’s unlikely but perhaps he could be considered for the event in the MX2 class?

Zach Pichon: Another unlikely option but worth a mention is Suzuki’s, Zach Pichon who is contesting his rookie season in the EMX250 championship. Pichon has showed glimpses of what he can do but picked up a shoulder injury which halted his progress. With another full winter behind him on the 250 he might just be worth looking out for in the future!