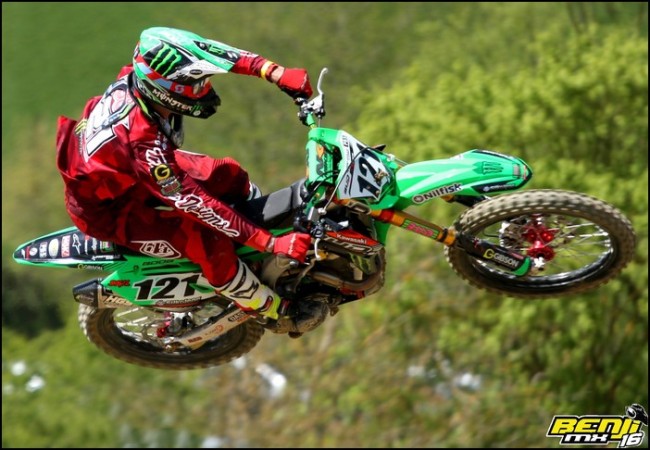 It was a good day for Stephen Rubini as he clinched the French Junior championship on his Silver Action KTM.  Stephen didn’t ride like his normal self as he only finished fourth and third in the moto’s but it was enough to clinch the title. Goupillon had a good campaign ending up just twelve points behind Rubini.

In MX2 it was a good day for Florent Richier as he won the first moto and ended up third in the second moto but it was good enough for the overall win.

Heading into the last round Richier has ten points over Boisrame so the championship race should go right down to the wire.

Xavier Boog took the win in the MX1 class and closes the gap to Gregory Aranda in the championship to just eight points heading into the last round. Aranda didn’t have a good day only finishing fifth in both the moto’s.