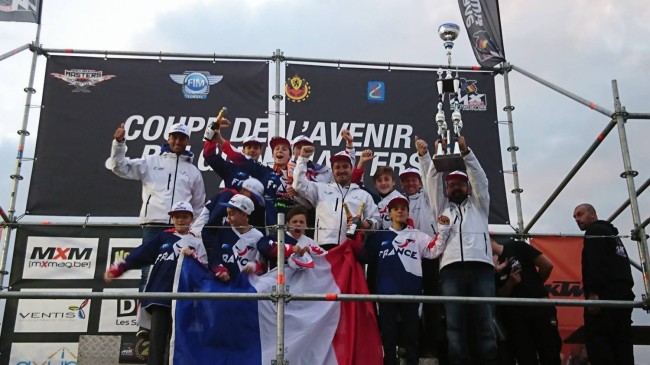 However, this weekend attentions turned to the Coupe de l’Avenir and France have won it too!

In the 65 and 85 races, France ended up second overall and in the open class they ended up sixth. It was enough to give them the overall win ahead of Spain by just nine points. Belgium ended up third ahead of the Swiss.

Ireland had a good weekend and ended up ninth which is a solid result!